Our Passion: Finish Well for Jesus! We want people to find a meaning as they live the second half.

Our Mission: To develop and apply God’s new life for those in the second half of life. Through small groups, social events, our Weekly Gathering and much more, you’ll find resources and encouragement on your continued journey.

Charles Higgs was born in Pueblo, Colorado where his father Dr. Grady L. Higgs Sr. was pastor of the Park Hill Baptist Church. He had great parents who loved and encouraged him through out his life. As a Sophomore in College, Charles got down on his knees and told God that he would surrender his life to be a preacher. In his Junior year of College, Charles married Nancy Lanham. Charles and Nancy have one daughter, Andrea who is married to Scott Sage, they also have three grandchildren, Hope; Wesley and Walker. Andrea is a 4th Grade Teacher at Second Baptist Church School in Houston. Charles has earned a Bachelor of Arts; Master of Arts and a Doctor of Ministry. He is presently an Adjunct Professor at Dallas Baptist University.

Charles has pastored the Forrest Park Baptist Church in Corpus Christi Texas; Valwood Park Baptist Church of Farmers Branch; Immanuel Baptist Church of Paris, Texas; Charles pastored the First Baptist Churches of Muldrow, Oklahoma; Groves; Madisonville and Portland, Texas. Charles is the Founding Pastor of the Cowboy Church of Erath County in Stephenville, Texas and Crossroads Cowboy Church in Madisonville. In 2006, Charles became the Director of Western Heritage Ministry for the Baptist General Convention of Texas (Texas Baptists). He served Texas Baptist until October 2016. (Charles was able to see over 150 Cowboy and Country Church Starts during his tenure there) In the last 11 years, Charles has served as Interim Pastor of 10 different Churches. Charles Co-Authored the Book, Get the Bible out of Your Saddlebag. 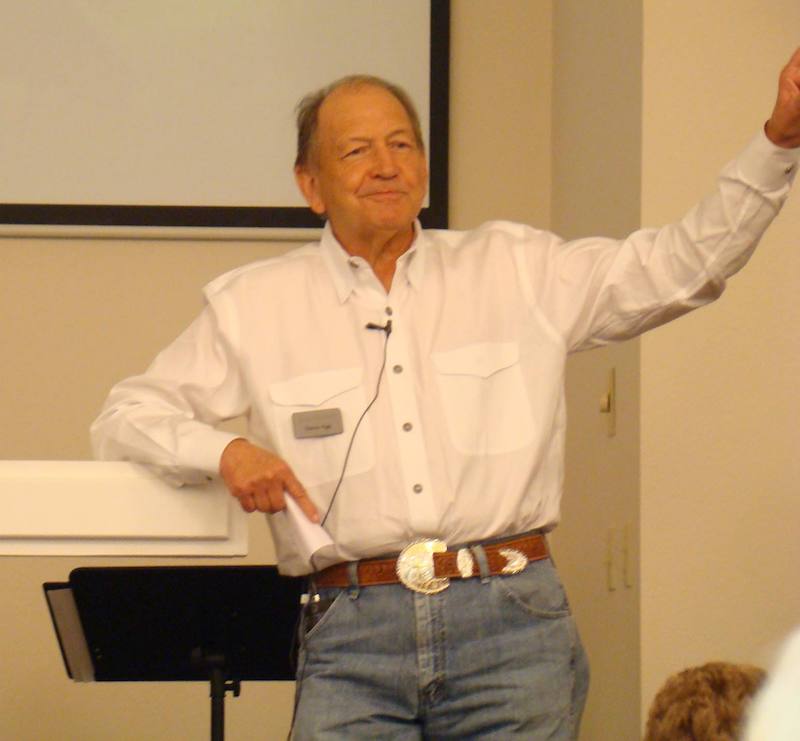 Keep up to date with the latest from Country Fellowship sent right to your inbox. Don't worry! We never sell or spam you! We'll send out messages about once or twice a month.